What is the difference between a cold and the flu?

A cold typically lasts about three to 10 days. Usually, it starts with like a runny nose, nasal congestion, maybe some post nasal drip cough, sinus pressure. You don’t have a fever, but you could have low-grade temps. Even though you start feeling better within a week, you can have a cough that lasts up to a couple weeks afterwards. It doesn’t mean anything is wrong; it’s just your body recovering from a cold. The cold can kind of be like a gradual onset, like maybe you start with a tickle in your throat or a little bit of congestion and it progresses from there. Flu is more acute. Usually, you start with muscle aches, chills, headaches, higher fevers. Some people are just exhausted. It’s a little more aggressive. I would say the fevers, headaches, and body aches are the big difference.

Is there a difference between influenza and the stomach flu?

That’s really a common misuse of the word flu. The stomach flu is more of a GI bug…nausea, vomiting, diarrhea. It is not influenza that we get the flu shot for.

What is the flu shot and why should somebody get one?

The flu shot is basically a vaccine. It is kind of like an educated guess at the strain of flu that we’re going to have for the year. It’s not a 100% sure thing; it’s an educated guess. It’s based off data in other parts of the world. We give that deadened part of the virus, and your immune system learns to fight it. The idea is that if you’re exposed to that virus you actually won’t get it because your body can fight it off, or if you do get it, you’re going to have a shortened course or a more mild case.

Can you still get the flu after receiving a flu shot?

No vaccine is a sure thing. We’re trying to teach the immune system how to fight something, but it’s not for sure. It could be that you got a heavy dose of the flu. Maybe someone coughed right in your face and you got a lot of flu particles, and it just kind of overwhelmed your immune system. Everybody’s different. Our immune systems are different. Some are better than others, so I don’t have a sure answer as to why sometimes you get it and sometimes you don’t, but those are some theories.

Are there risk factors that make someone more susceptible to catching the flu?

What are the best remedies for somebody who has the flu?

It’s more like symptom management, so Ibuprofen, Tylenol, rest, plenty of fluids. I would say that’s the mainstay of treatment of the flu. If you have heart failure, diabetes, or are immunocompromised, there are medicines like Tamiflu that can be given, but they need to be started right away. Within 24 or 48 hours of flu symptoms, they need to be started, and they can shorten the flu by about a day so.

What are the best remedies for somebody who has a cold?

Over-the-counter treatments like Dayquil and Nyquil. You can read the over-the-counter boxes and see what symptoms fit yours the best, but generally, Ibuprofen and Tylenol can help too with the pain or any sinus pressure. 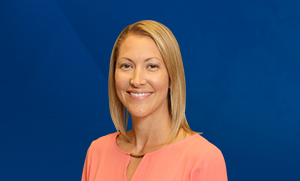