History of the Memorial Hospital Auxiliary

In the spring and summer of 1957, a group of Belleville women had a vision to contribute to the community by organizing an auxiliary to serve Memorial Hospital, a new healthcare center then under construction for residents of the surrounding communities. 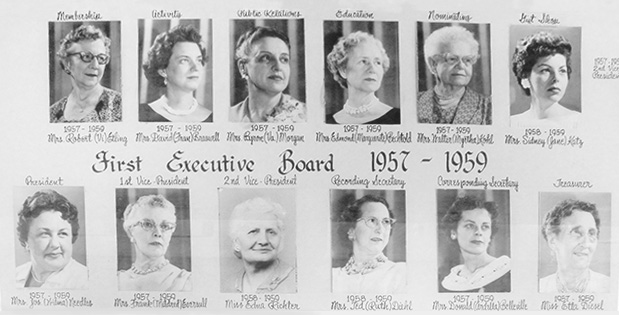 Membership Over the Years

Sixty years later, that initial burst of enthusiasm and success is still evident and continues to make Memorial Hospital Auxiliary a strong and viable force in the hospital and community. The charter membership closed on December 31, 1957, with a total of 1,488 members. The Auxiliary has maintained a strong and dedicated membership, currently standing at 590. Over 325 of those members are actively involved in some way to benefit Memorial and the patients we serve. Our membership now includes many men as well as junior volunteers. 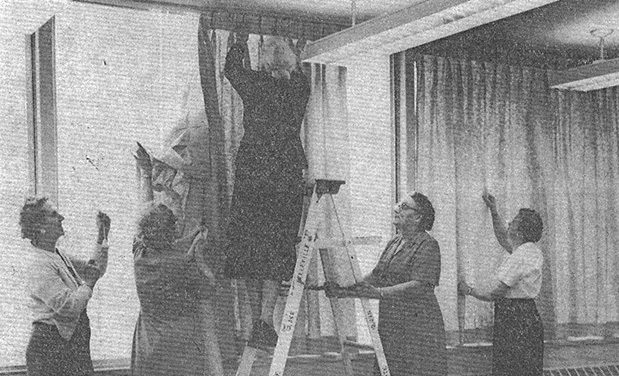 May 9, 1957, marked the birth of this organization. Auxiliary members walked door to door selling cardboard bricks for one dollar to raise funds for the new hospital. Once Memorial was built, volunteers sewed and hung curtains throughout the hospital.

May 18, 1958, marked Dedication Day for Memorial Hospital, with the first patient being admitted on May 19. Volunteer service has always been the prime focus for the Auxiliary, starting on the opening day when 27 Auxilians assumed their respective duties. Six Pink Angels were assigned to the surgical, medical, and pediatric departments; the remaining 21 volunteers assisted in dental supply, laboratory, gift shop, business office, volunteer office, and hostess desk and acted as cashiers in the cafeteria. As of December 31, 2016, volunteer service hours totaled nearly 2.8 million with financial support of over $9 million.

Memorial’s Auxiliary currently has 11 charter members, and two are still actively involved with the Auxiliary and its projects. Pearl Spies has recorded the most volunteer hours with 15,655. Caroline Busse still volunteers time to the organization.

Several volunteers have worked with the Illinois Hospital Association Constituency on Volunteers, a state organization educating auxiliaries throughout the state.

The Auxiliary’s Educational Assistance program helps our employees achieve certification in all disciplines of hospital work through reimbursement of their tuition. Nearly $1 million has been given to students and employees through this program since its inception.

The list of everything Memorial’s Auxiliary does for our patients, visitors, employees, and physicians could go on and on. Suffice it to say, this is a group of truly dedicated volunteers who give of their time, talent, and expertise selflessly. We truly appreciate all that they do.

Past Presidents of Memorial Hospital Auxiliary 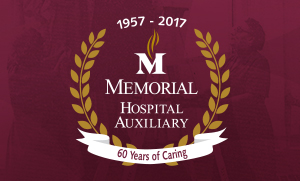