Dr. Robert Garner, a family practice physician with BJC Medical Group, explains why colon cancer screening is so important, when individuals should consider a colon cancer screening, and how to best prepare for a colonoscopy. In addition, Dr. Garner discusses what happens if a polyp is discovered during the procedure.

Why is colon cancer screening so important?

Colon cancer is one of the leading causes of cancer death in this country…flip-flops between number two or number three from time to time. I tell my patients a lot that colon cancer is one of those types of cancers that affects people who are otherwise behaving themselves because that leading cause of cancer, lung cancer, frequently is associated with smoking. Colon cancer, there’s not always a trigger for it. There’s a genetic link. There are some dietary links, but in reality, most people are behaving themselves until suddenly there’s a problem. We know after age 50, now 45 perhaps, that the incidence begins to go up with colon cancer. So we want to start screening before people develop the disease. We know that that cancer comes from a polyp, so if we can identify the polyp on a procedure such as a colonoscopy, identifying it and then removing it is not only detecting but preventing that cancer from ever really setting foot in the body.

Risk factors for colon cancer…obviously age is what everybody thinks of. You hit 50, and it’s time to go get some type of screening. There’s actually new guidance that it should be younger than that. American Cancer Society is talking about age 45 and beyond. If there’s family history, first-degree relative like mom, dad, brother, sister, or multiple relatives…grandparents, aunts, uncles; any symptoms like bleeding, unexplained weight loss, belly pain; those are all reasons to think about seeking medical care and maybe getting screened sooner as well.

What are the most common screening methods for colon cancer?

So the best screening without a doubt is colonoscopy. You’re going to get in. You’re going to get screened. If it’s clean and clear, it is kind of the most involved, but it’s only once every 10 years. There’s other ways to get screens that are less invasive and a little bit easier to get done, but they need to be done more frequently. There’s a stool DNA test called Cologuard that’s as easy as using the restroom at home yourself and then sending the test off. If it’s negative, it’s very predictive that everything’s okay. If it’s abnormal or positive, you need to still go get a colonoscopy to see what else is going on. If it is negative, it’s only clearing you for about three years at a time, so that would need to be done three times over to one colonoscopy. There are still the old check in the office test too for blood in the stool. That’s only good a year at a time and still minimally invasive although there’s no special prep for it. Then there are some shorter scopes such as a sigmoidoscopy, which can still be done but in reality if you have access to full colonoscopy that’s what you should probably be asking for. We consider it the gold standard prep.

Discuss how to best prepare for a colonoscopy.

Everybody’s least favorite part. It’s the part they remember the most usually. When I see them on the day of the procedure, I’ve told them the worst is over. That was yesterday because they had to endure that prep, but a couple of things can help. An all-liquid diet for a couple of days in advance can be really beneficial—milkshakes, soups, applesauce, pudding, in regards to kind of maintaining, being hydrated, and adequate nutrition. So you can definitely do a liquid diet to help the prep. You can make sure you start further ahead than just the morning of and follow your doctor’s instructions. There’s some medications you want to avoid such as aspirin. There’s some certain color foods you want to avoid. Red dye looks red on the inside as well so if you’re drinking red Kool-Aid, you might fool your doctor into thinking there’s bleeding coming from somewhere. There are some specific instructions but doing the liquid diet ahead of time can help. Some folks tolerate that prep. Getting the entire prep in and doing it per the prescribed instructions enables us to see what we need to see and not have to see you back for 10 years. I have had patients where they’ve had to come back. I couldn’t see everything I needed. We’re going to have you back in a month or in three months or a year, and you really don’t want to do this test any more often than you need to.

What should a patient expect the day of the procedure?

Generally, they’ll take their prep the day before when they wake up. The morning of, they go into the center whether it’s a hospital setting or ambulatory surgery center or there are even some office-based endoscopy suites. Usually, they meet with the staff to get changed into the gown and in the bed, get comfortable, get prepared. Then usually they get an IV started for the medication that makes the procedure much more tolerable. The procedure is then performed, and frequently I like to talk to the patient ahead of the procedure and then afterwards kind of give them that post-game summary. This is what we found. This is what I want you to do next. This is when we’ll see you again, especially if we had to do biopsies or maybe they were in for something other than colon cancer screening. Chronic abdominal pain or weight loss or maybe we find an infection or some other cause, and we need to have some time to be able to explain that. They always should have a family member or a friend or a trusted adult driver with them. They don’t have to be a part of the conversation, but we can’t have you drive yourself home having been sedated. It’s kind of that magic four- to six-hour window. We tell folks we don’t want you climbing on the roof. We don’t want you operating power tools. The next day it’s usually back to business as usual with no restrictions. A lot of folks like to schedule it on a Monday or a Friday, maybe get a longer weekend or a Tuesday or Thursday and take the day before and the day after off.

What happens if a polyp is discovered during the procedure?

Just because you have a polyp doesn’t mean you have cancer. Matter of fact, approximately two-thirds or more of polyps will not have a cancer risk or potential so the odds are in your favor that if you have a polyp it’s not cancer. But because there’s a time arc for that polyp to grow into a cancer, detecting it early and removing it through a process like colonoscopy is so much easier than waiting until it’s established and perhaps spread when our choices for treatment are more limited, severe, and significant, and the health impact is much more critical. 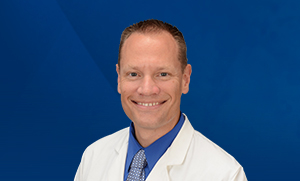